For the last 20 years or so, I've thought of myself as a wave sailor, 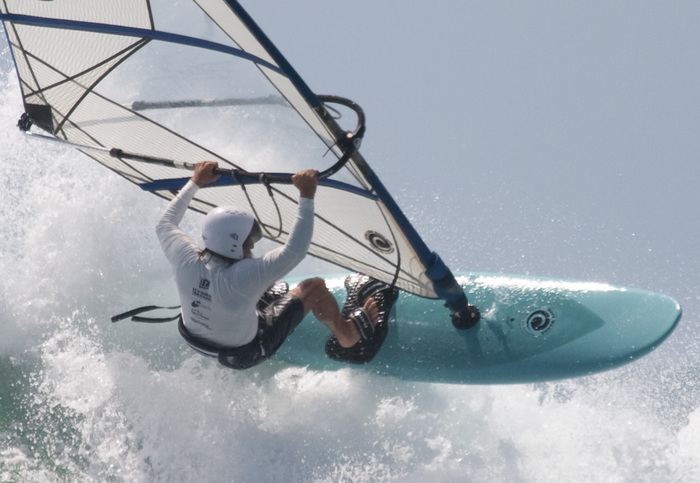 (Edit April 2010, just updated the above pic, think I'm still a wave sailor, even though I'm wearing a GTC rashy)

Don't think I can call myself a speed sailor yet, with only 35kt on the clock, but I'm heading in that direction.

Photo to come after somebody takes it.

After our trip to Sandy Point, I've now got some great pics, but still haven't done any better than 36!

And I discovered there that, you have to be in the high 30s to be a speed sailor.

Thanks to Jody of whitecaps photgraphy, here's my Sandy Point pic. 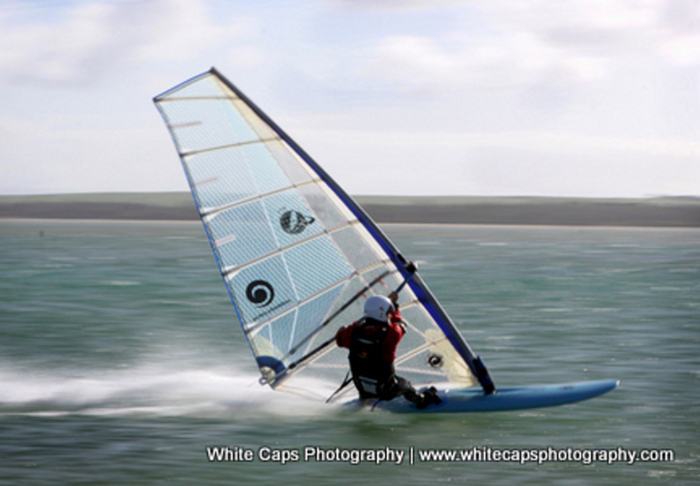 Due to a fantastic holiday in Beachport, I've achieved my 70km before I'm 70, the 43cm board lived up to expectations, got a 39.13 2sec with Daffy's old 4.4 plugged into it. So now I guess I'm a speed sailor, certainly haven't been doing very much wave sailing lately.

I've recently been introduced to the value of using SDoP to determine record accuracy so I've gone through all my PBs.

The only one with a cloud over it, (avery big black one) is the 2009 alpha. Back then I was using a GT11 and the recomended method was to use trackpoints for alphas, so that's what my PB alpha is. Proccessing it with doppler only gives a 24.968.